Software Performance testing is a non-functional software testing, it is the practice in which the system is evaluated for its performance, responsiveness & stability of a computer, network, software program or device under a particular workload. The key aspects like speed, robustness, and reliability are evaluated

Why is Performance Testing & Engineering required?

What happens when Software Performance Testing & Engineering is not done?

As per industry experts, “Two hundred and fifty milliseconds, either slower or faster, is close to the magic number for competitive advantage on the Web.” Harry Shum, Executive Vice President of Technology and Research, Microsoft.

We follow and incorporate agile, DevOps and continuously integrate automation solutions into software development. This helps customers accelerate their ability to deliver.

Stress Testing involves testing a software beyond its normal operational limits, often to a breaking point, in order to observe the results. It is particularly important for mission critical software applications. This will avoid the risks of failures and degradation of the services when there is a high load.

Applying demand on a software system and recording its response is referred to as load testing. We simulate several users who are currently accessing the application and evaluate the system's responsiveness under various conditions of load. This test often assesses the application's speed and capacity. Load testing is relevant for multi-user systems.

Soak testing is the process of testing a system to detect performance issues by generating significant user load for an extended period of time and then measuring and analyzing the behaviour of the system under test.

Spike testing involves rapidly increasing or decreasing the load generated by a large number of users and observing the system's behaviour. The goal is to determine whether the system can handle extreme variation in traffic.

What would be the right time to do Software Performance Testing?

We at Thought Frameworks help our clients to achieve 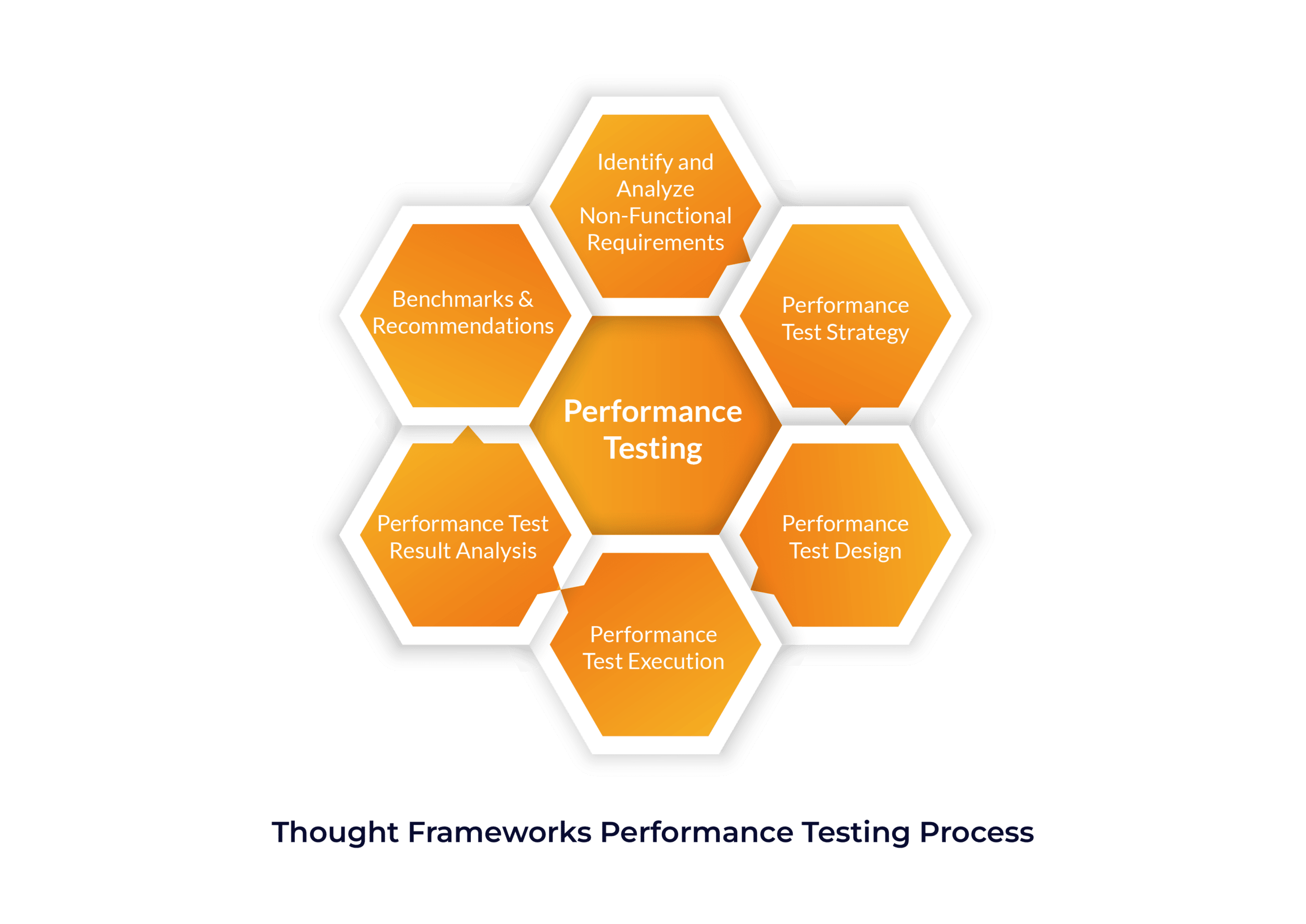 With over a decade of expertise in applying industry-standard solutions to conduct performance testing & Engineering to meet our client’s expectations. Thoughtframeworkers are a team of SMEs who assists customers in deploying high-performing apps that meet or exceed customer expectations by leveraging an integrated set of enterprise-grade performance engineering solutions that include intelligent analytics and support extensive integrations with DevOps and application performance monitoring (APM)

The Thoughframeworkers and their experience in Performance Testing