IoT – The Internet of Things is a digital network of physical objects which has embedded sensors that can collect, store and transfer data over a wireless network with no human intervention.

The 4 Key components of an IoT system are

IOT is a connection of identifiable embedded devices with the existing Internet infrastructure. In simple words, we can say that IOT is an era of “Smart”, connected products that communicate and transfer a large amount of data and upload it to the cloud. 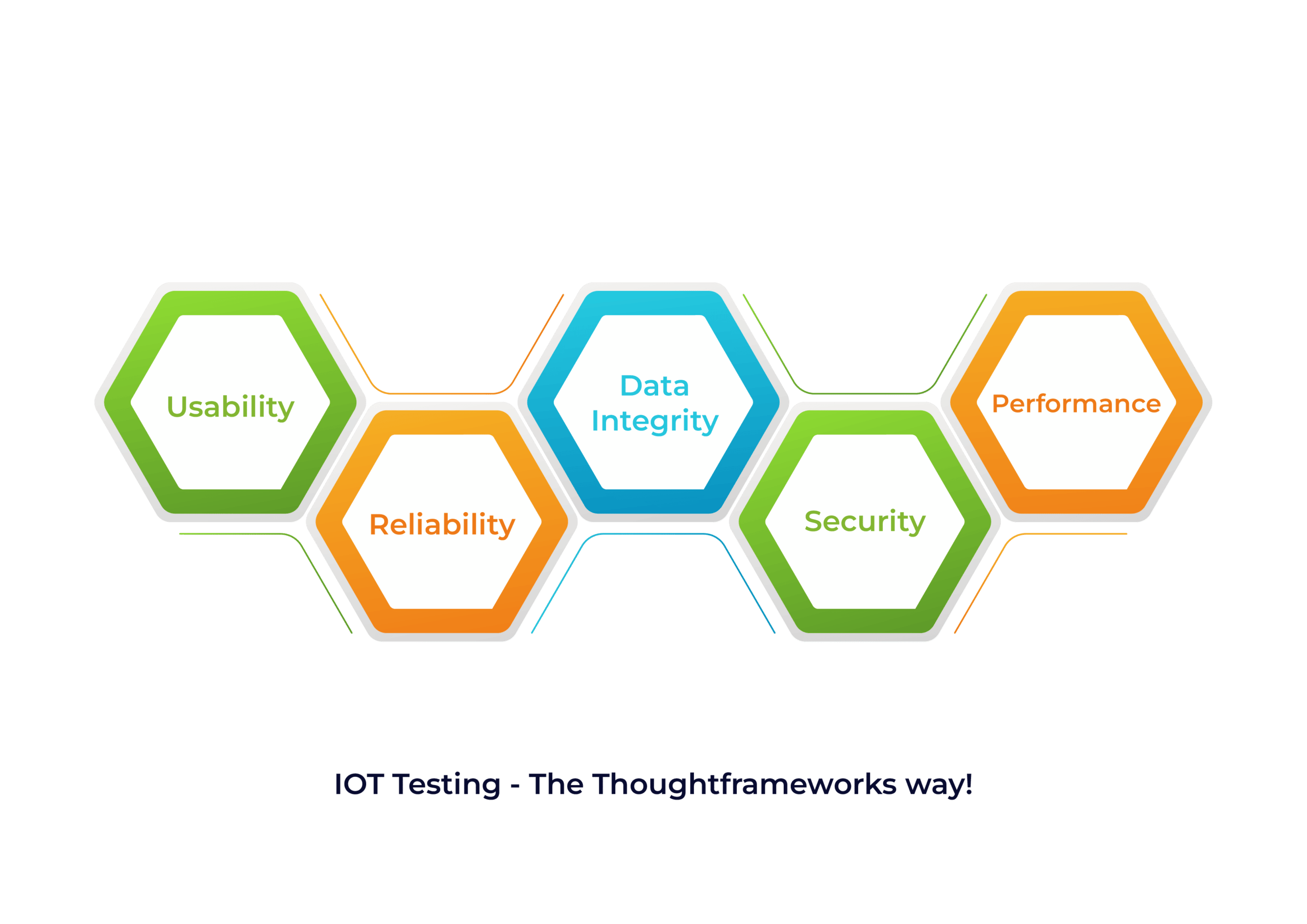 There are many devices which can be connected through the IOT system. These devices have varied software and hardware configuration. This leads to a huge possible combination and hence it is important to perform compatibility testing for the IOT system.

There are numerous devices with different form factors with which the users interact. Usability testing refers to evaluating a product or service by testing it with representative users. The goal is to identify any usability issues, collect qualitative and quantitative data and determine the participant's satisfaction with the product. That is the reason checking usability of the system is important in IoT testing.

Checking the data for its integrity is crucial in IOT Testing as it involves a large amount of data and its application.

Reliability and Scalability is the key to build an IOT test environment which involves simulation of sensors by utilizing virtualization tools and technologies.

In the IOT environment, there are many users accessing a huge amount of data. Hence, it is important to validate users via authentication, and have data privacy controls as part of security testing.

Performance testing is important to create a strategic approach for developing and implementing an IOT testing plan.

Gray Box testing should be used with IoT testing services as it allows the design of an effective test case. This permits you to know the OS, the architecture, third-party hardware, new connectivity and hardware device limitation.

IoT Testing Services need to be automated after a couple of sprint releases as the product marches towards stability.

Other testing services you must opt for along with IoT Testing!

Non-Functional testing checks the Performance, reliability, scalability and other non-functional aspects of the software system.

The Thoughframeworkers and their experience in IOT Testing